If you’ve read my other post about Sadhana you’ll know I ate a lot of vegan food when I was travelling in Sydney, namely because a) my best friend whom I was staying with is vegan b) there was a huge vegan scene and c) I am really interested in the concept and everything it stands for.

Dinner in Sydney was an absolute treat! So I thought I would share with you the top vegan dinner hotspots in Sydney…

Bodhi is in the heart of the city, in a tranquil setting underneath a veil of fig trees and lanterns, and is the perfect setting for your afternoon appetite. Serving vegan yum cha, faux-meat dishes and boutique wines, you won’t be going home hungry. The lovely waiters are super attentive (but not overly so!) and come to your table regularly offering the many different dishes they have on offer… just be careful, because if you’re anything like me, and got eyes bigger than your belly, you’ll feel inclined to say yes to every dish and end up having to be rolled home haha! 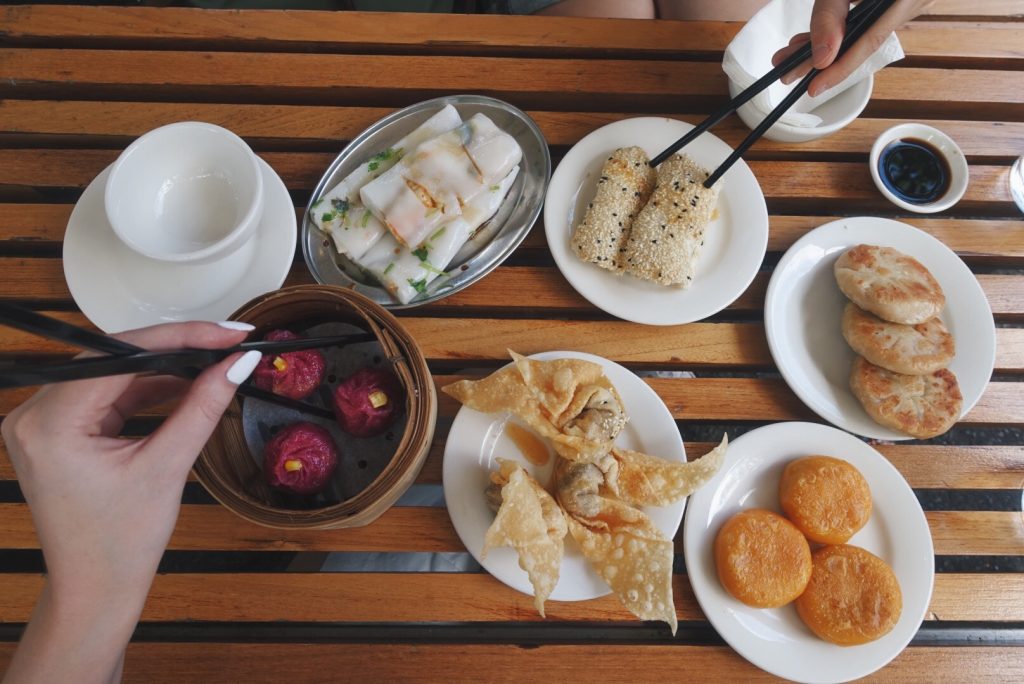 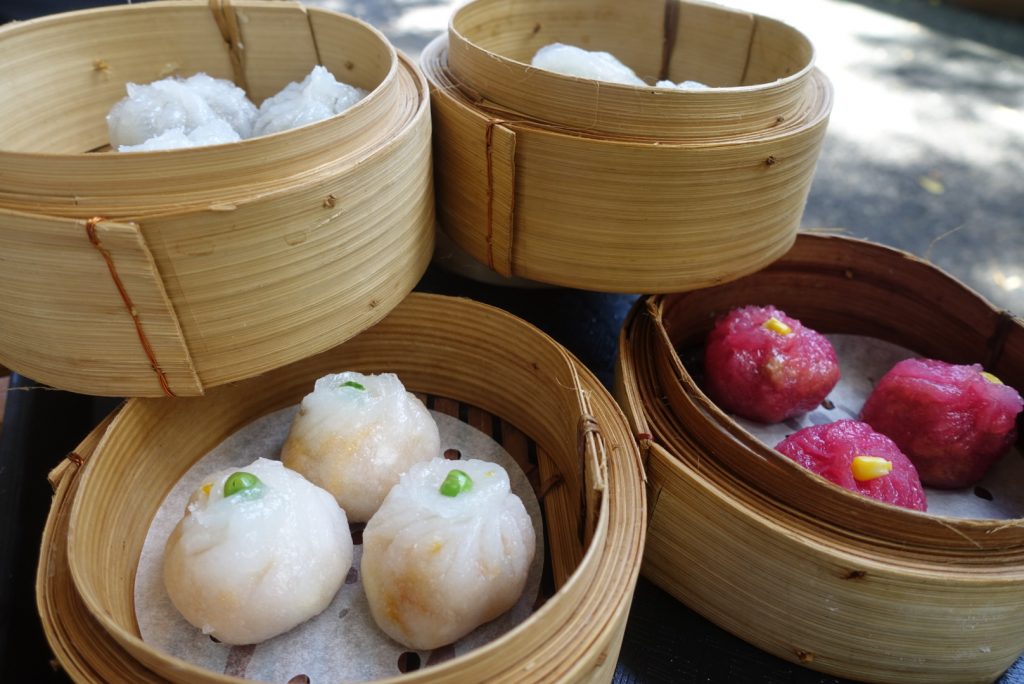 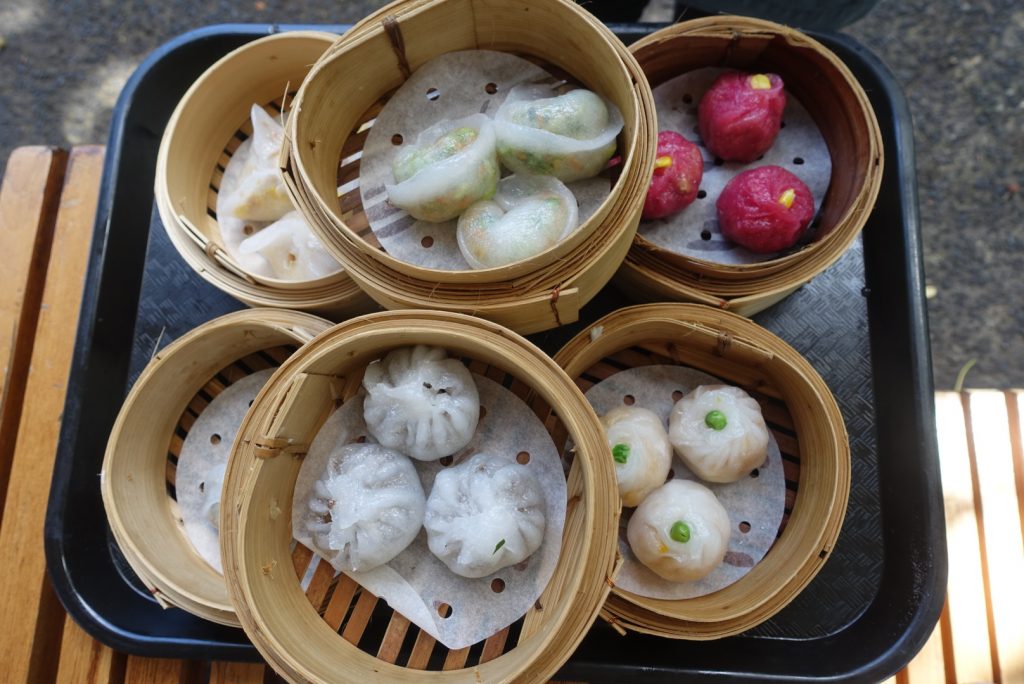 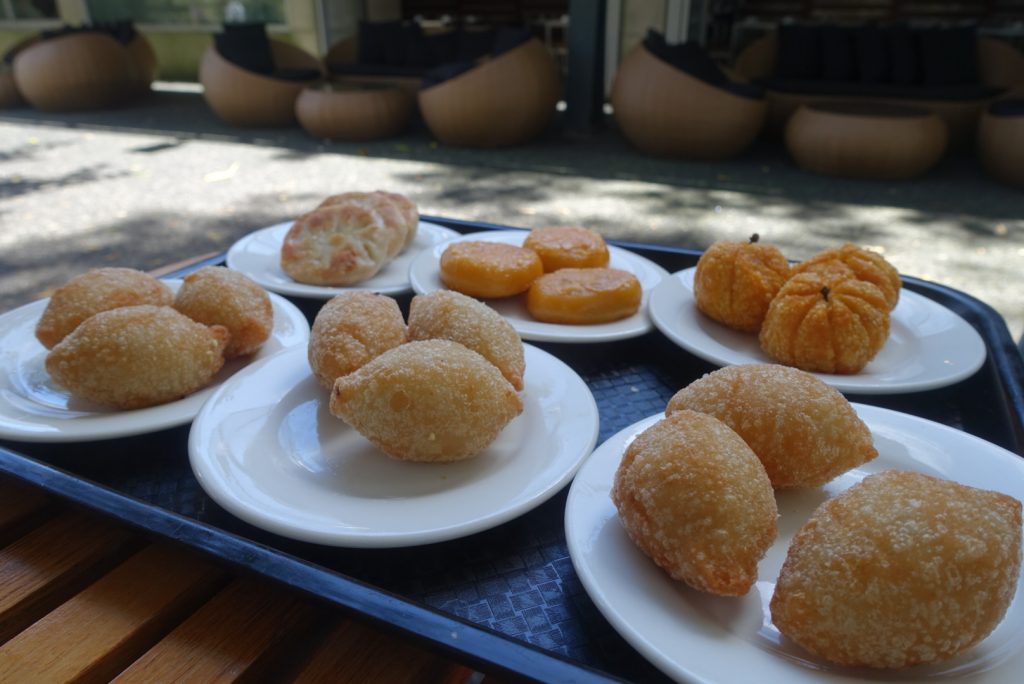 My favourites were the… 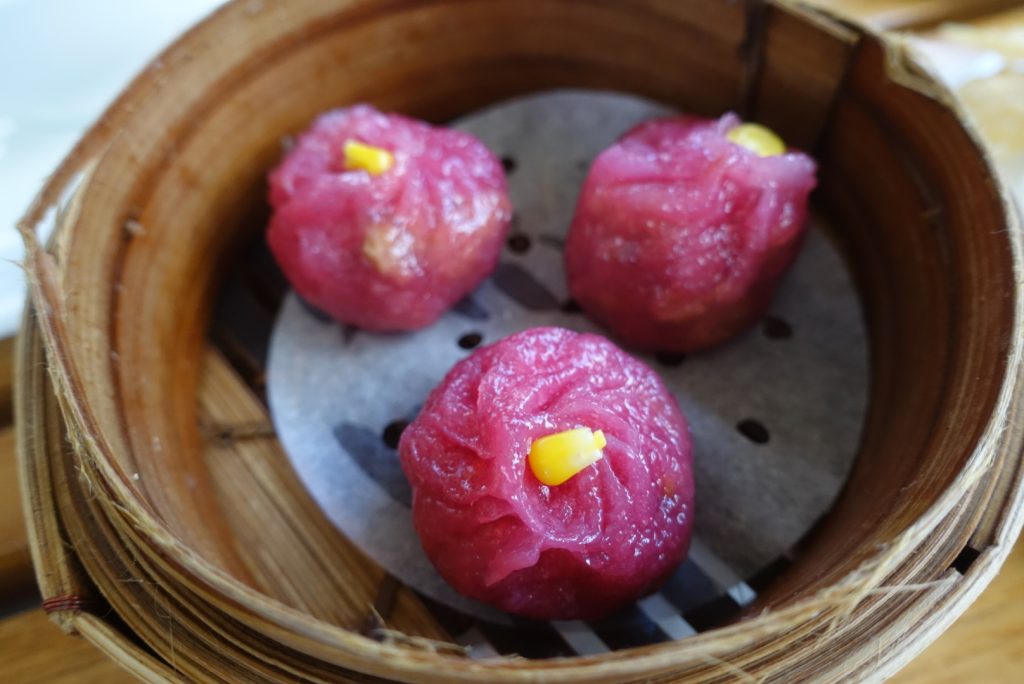 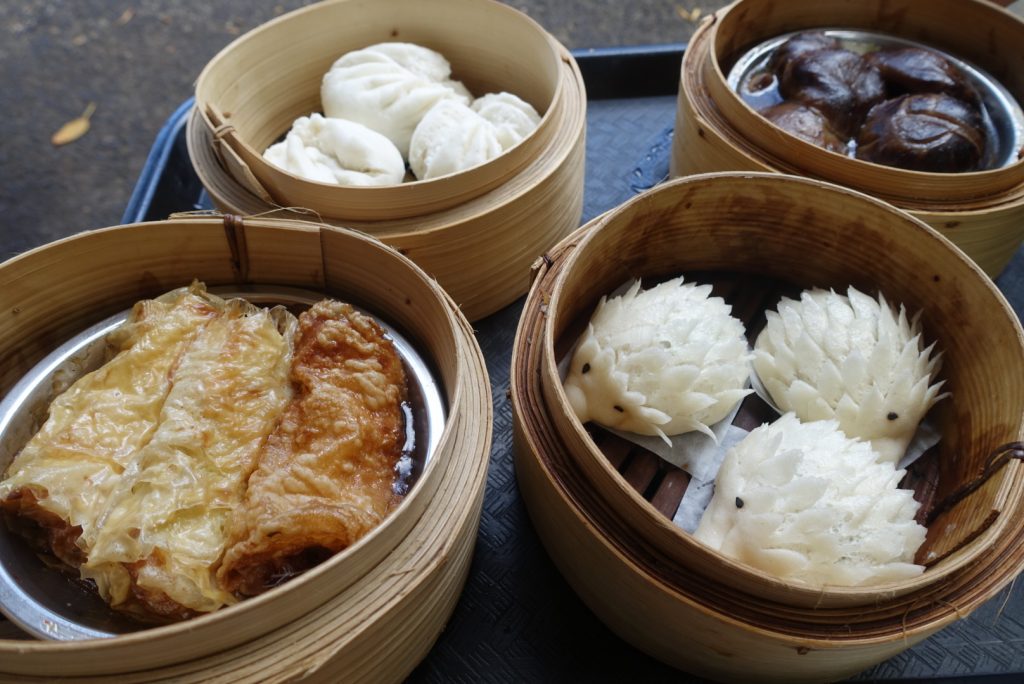 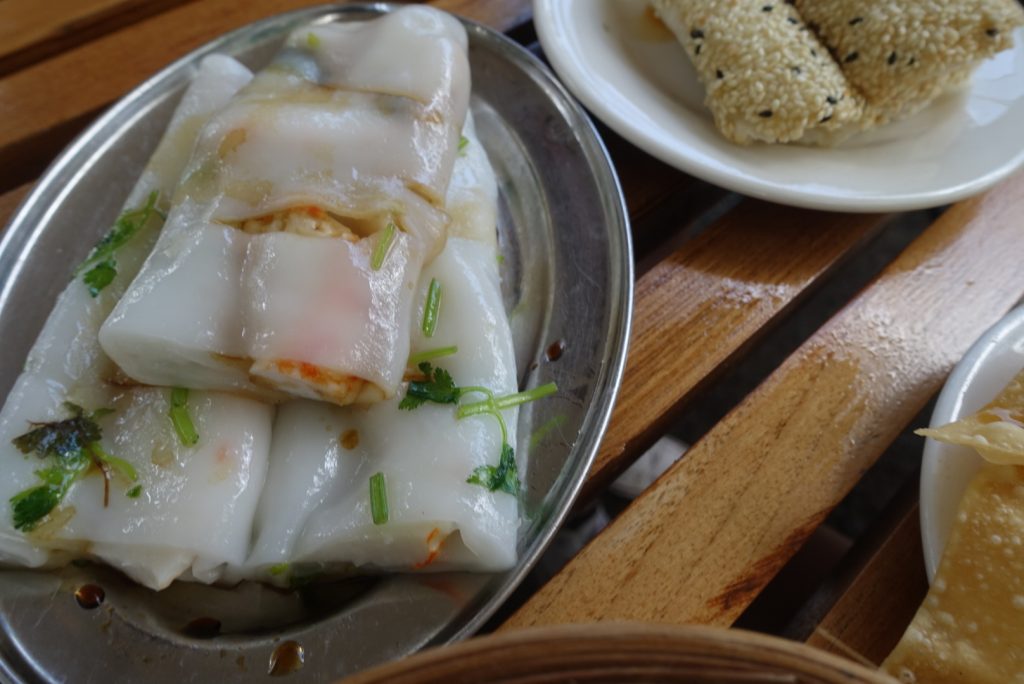 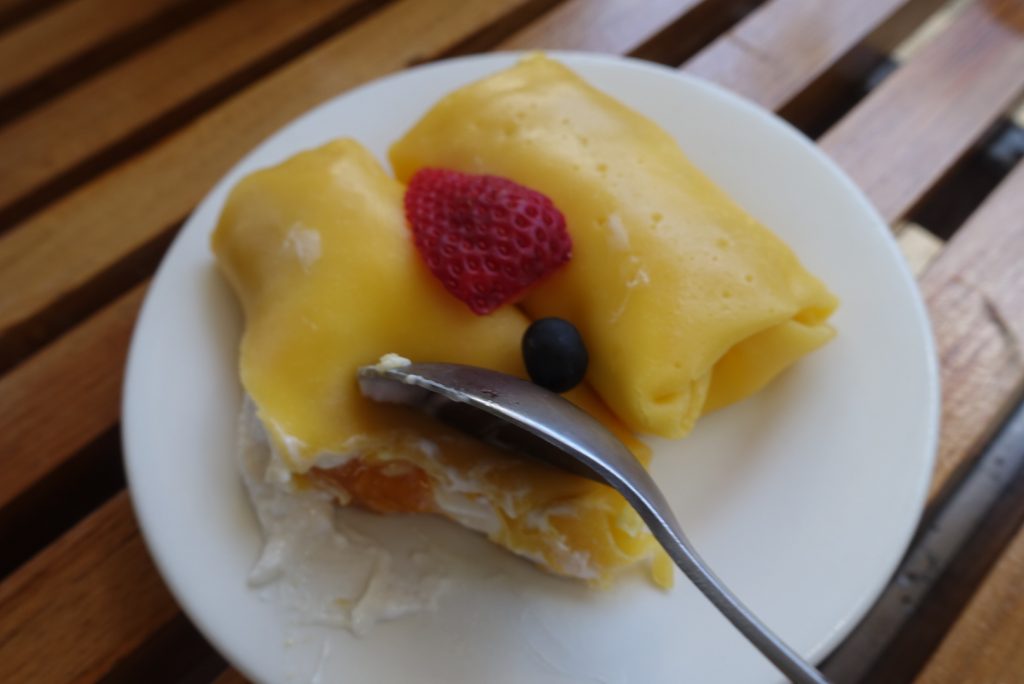 If you don’t go to Gigi’s when you’re in Sydney, who even are you!?… haha no but seriously, I heard the word Gigi’s on da street (literally) like errday. So naturally I had to see what all the fuss was about and BOY did it not only live up to expectation, but seriously surpassed it… This place serves VEGAN PIZZA! Set in newtown in a rustic-chic buzzing atmosphere, it serves fresh from the woodfire Naples inspired Neapolitan pizzas and calzones with creative toppings, as well as vegan organic wine! 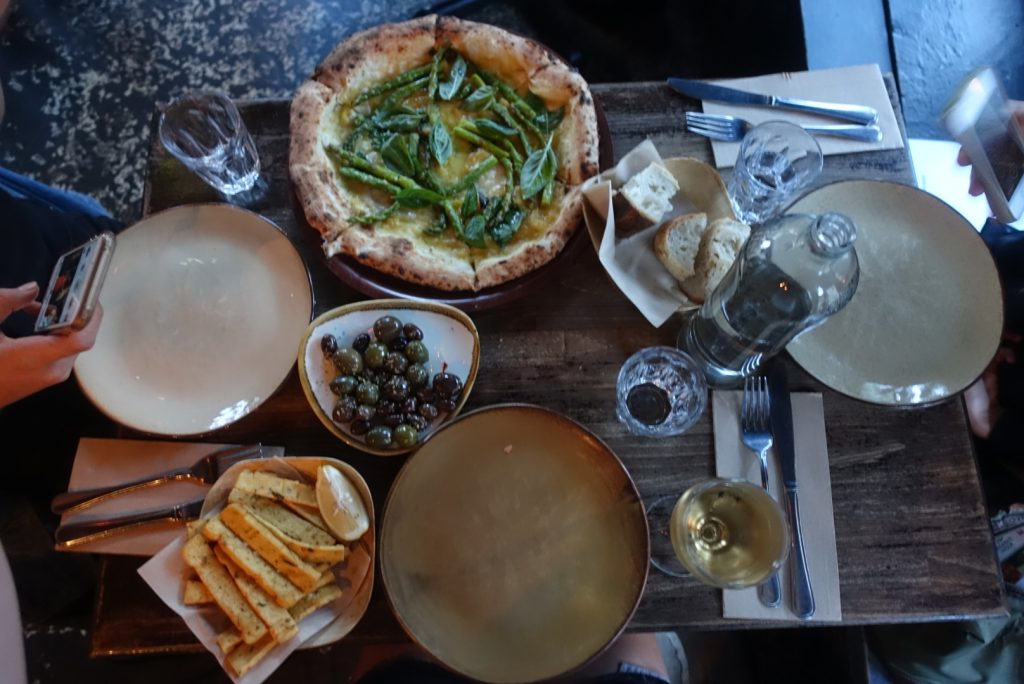 I would recommend the… 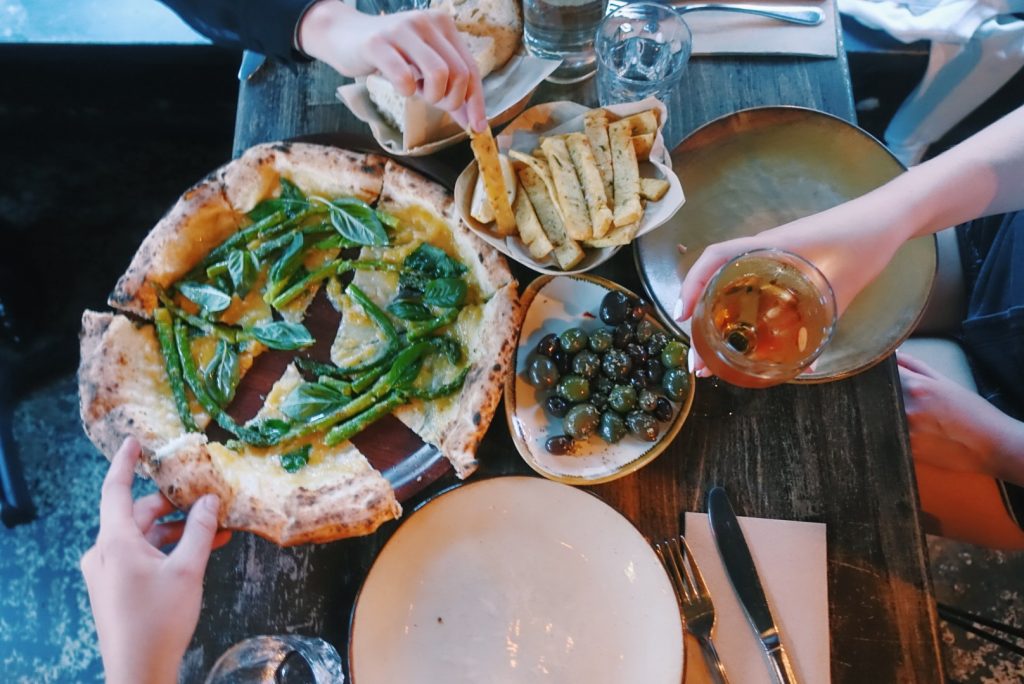 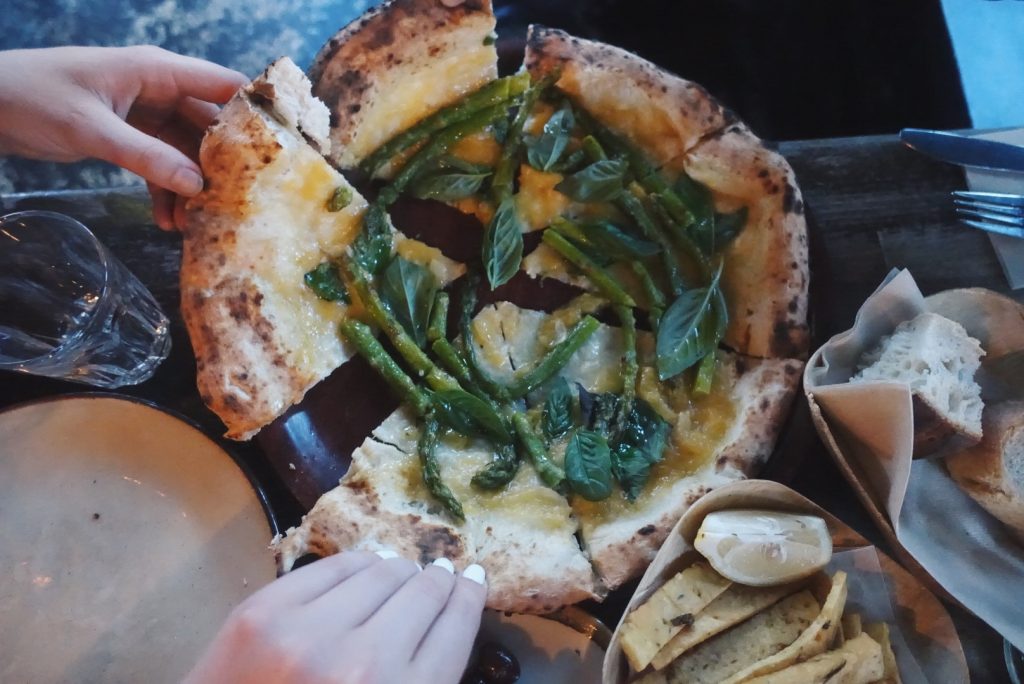 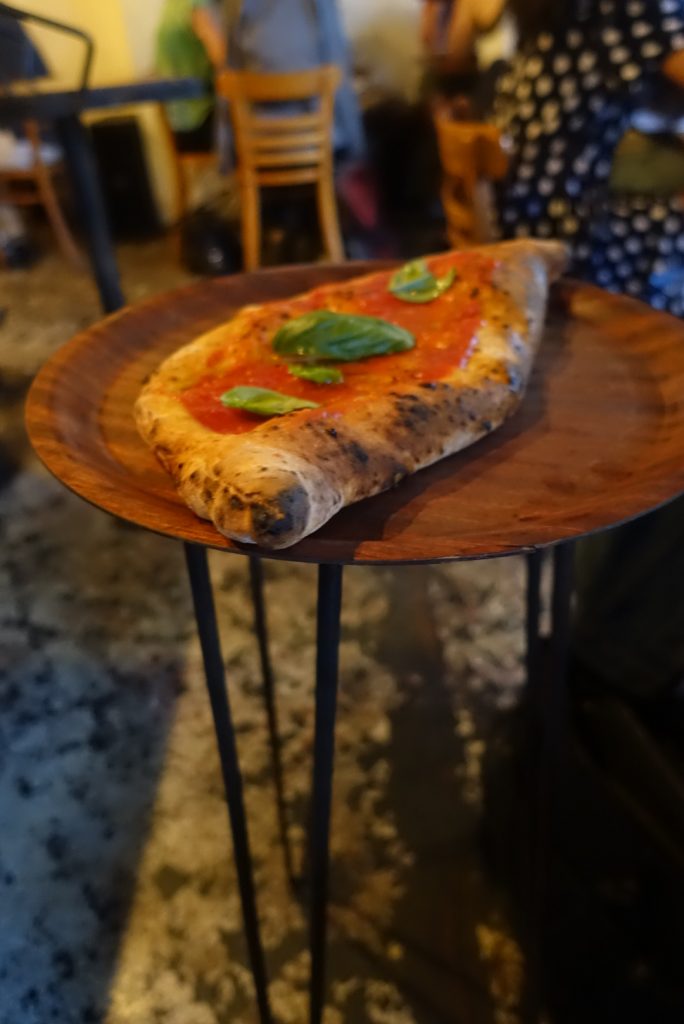 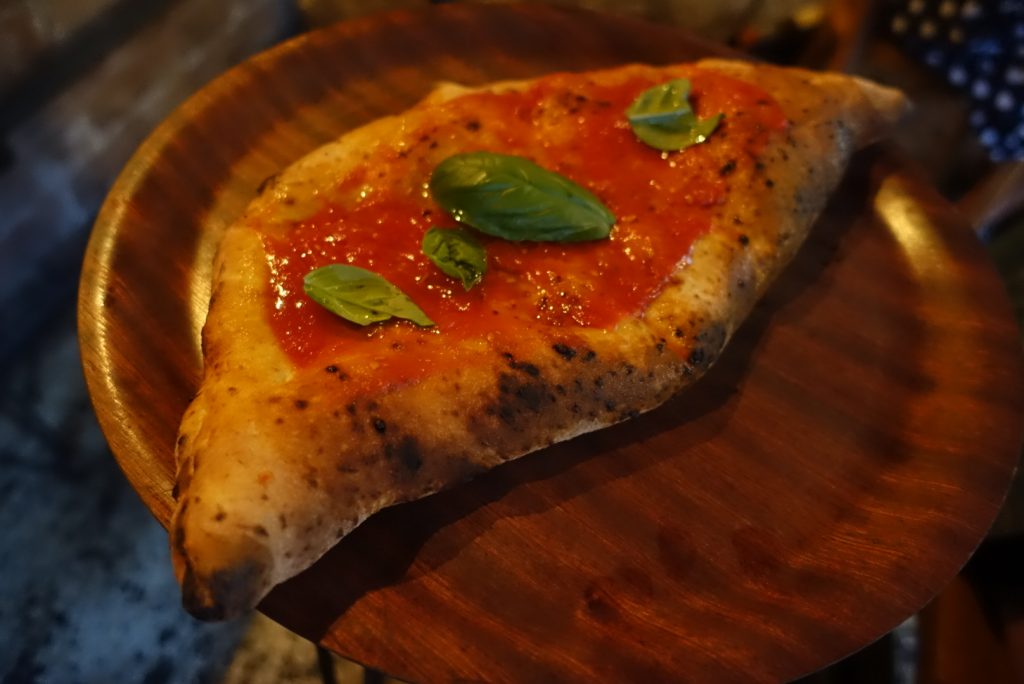 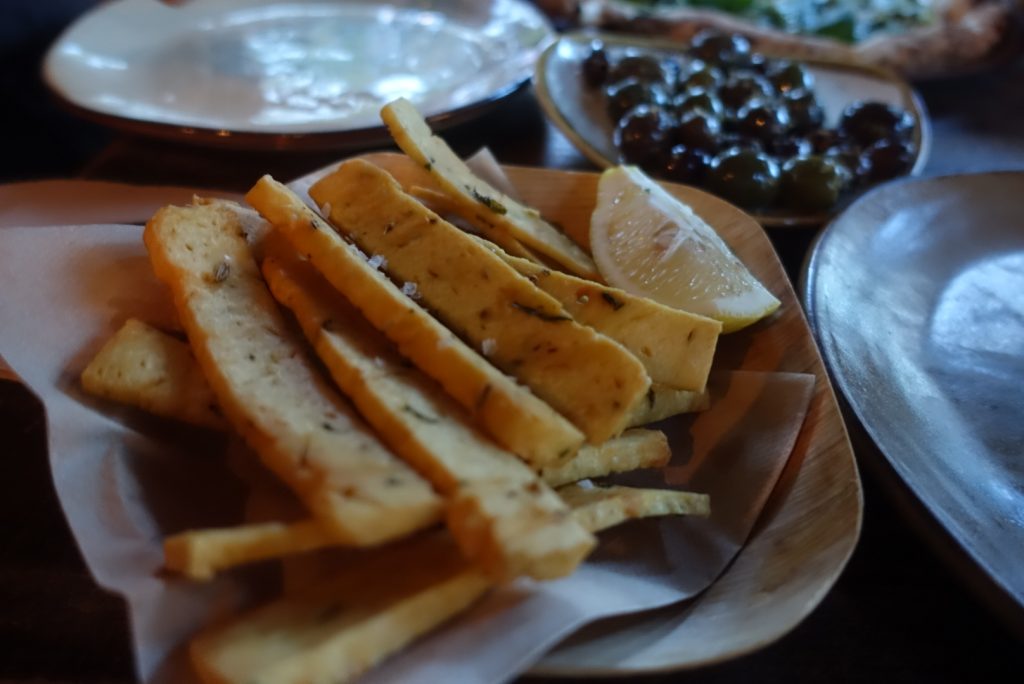 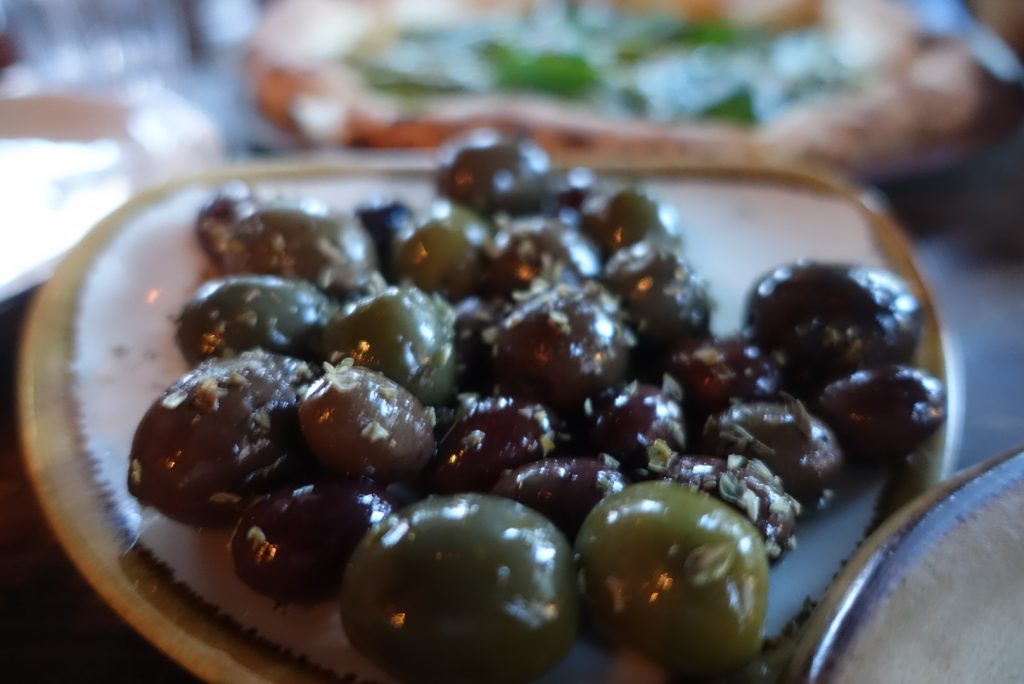 Ora can be found on Manly beach. It’s name quite literally means to be alive, well, safe, cured, recovered, healthy, fit and healed – and that’s certainly the vibe I got from the food, the place and the people. As soon as I walked in I felt an oversense of calm and comfort – and when I left I almost felt as if I had nourished my entire mind and body. Ora serves smoothies, breakfast, lunch and snacks. And I went for the ‘Raw Pad Thai’ which had Zucchini, Carrot, Leaves, Cabbage and Sprouts tossed in a Lime & Chilli Cashew Dressing Served with Tamari roasted Nuts and Seeds, Coriander and Kraut in it. It’s Gluten Free, Dairy Free & Vegan – I did actually add halloumi, so there are vegetarian options if you want, but it is mostly vegan. My friend had a turmeric golden latte which I totally pinched because it was delish, and also helped her polish off her avocado toast, which was made with fermented seeds and sprouts! 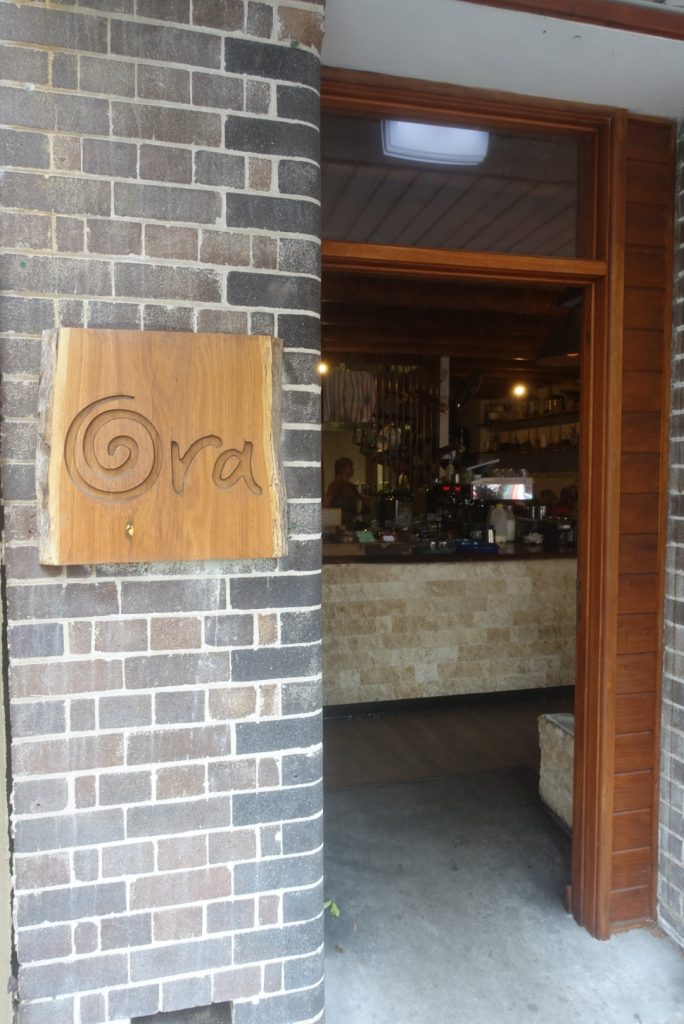 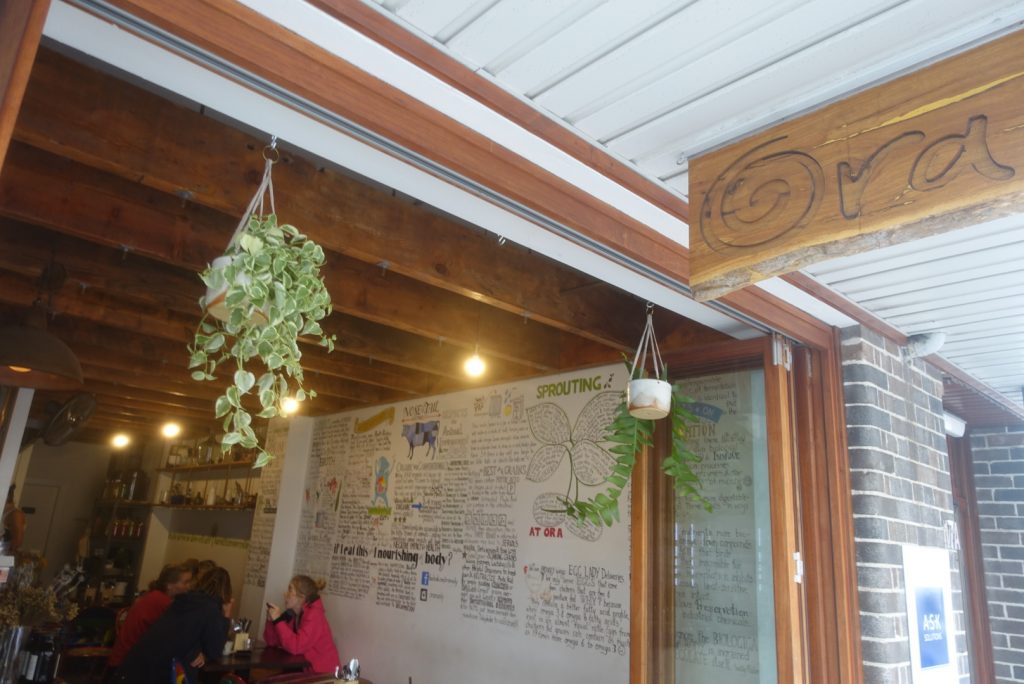 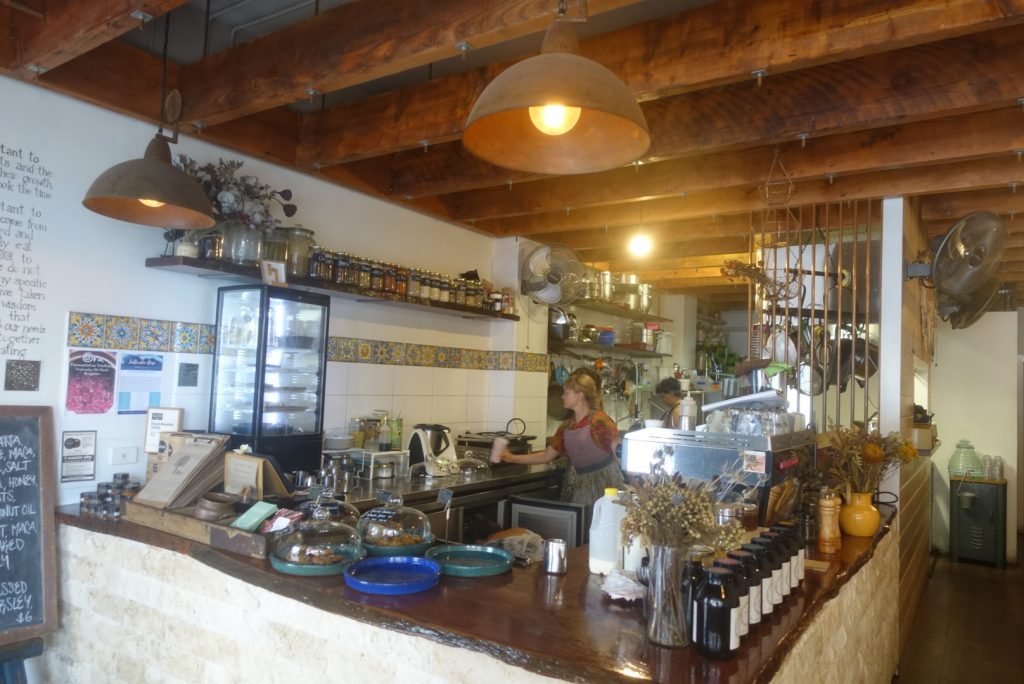 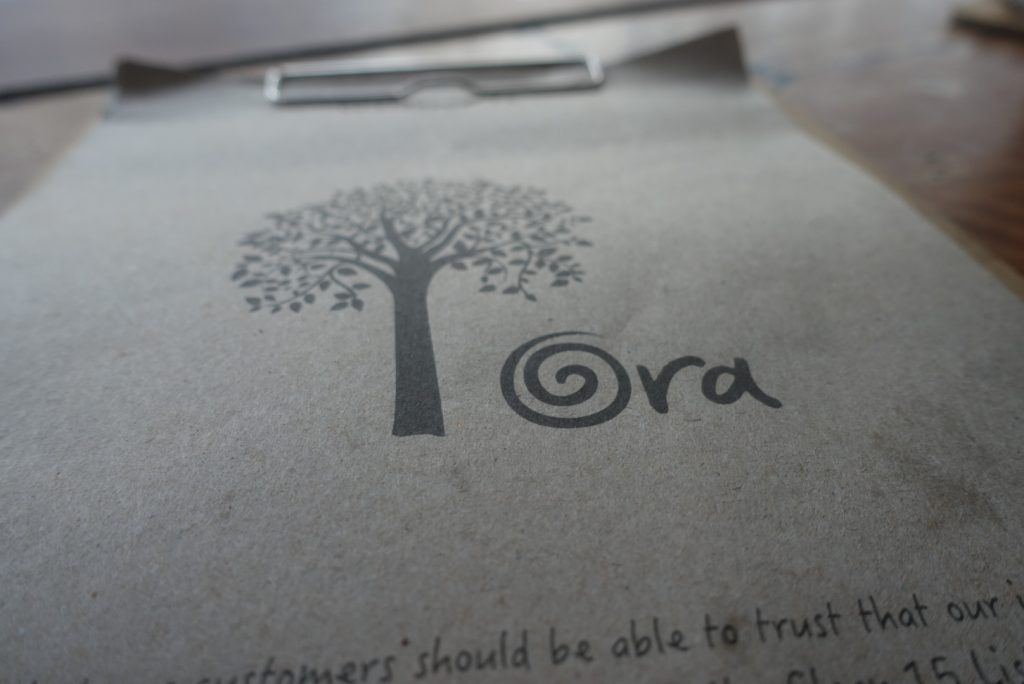 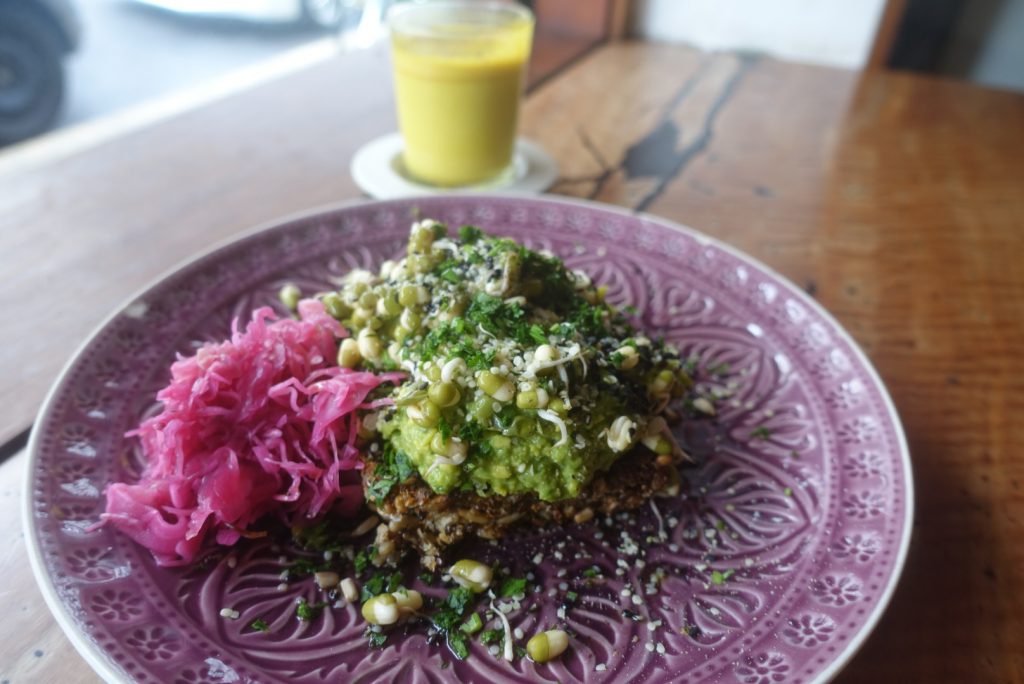 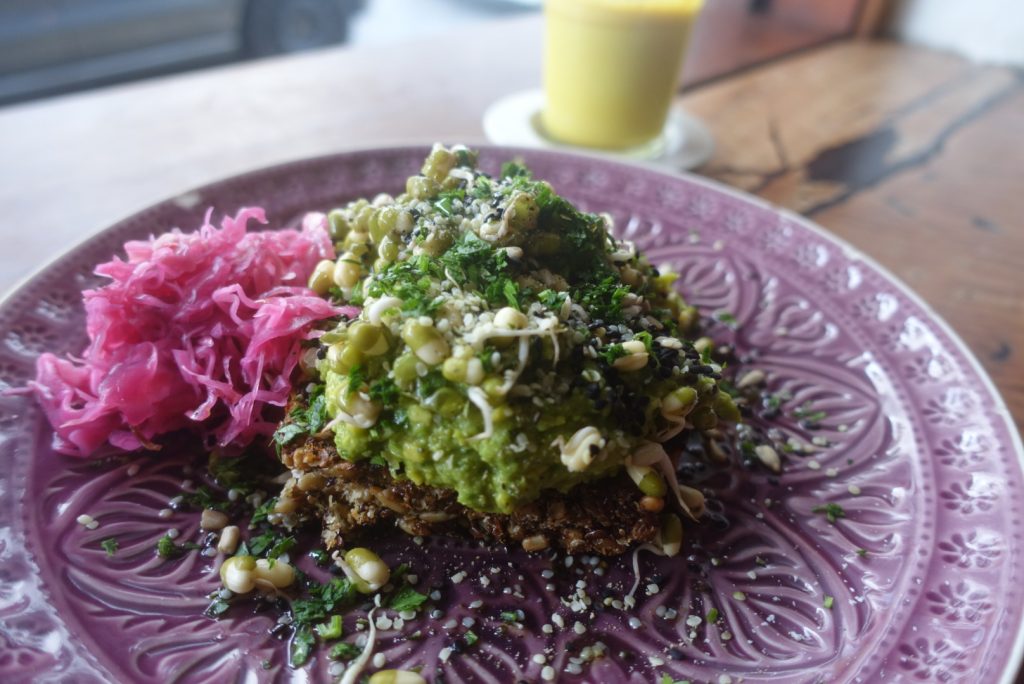 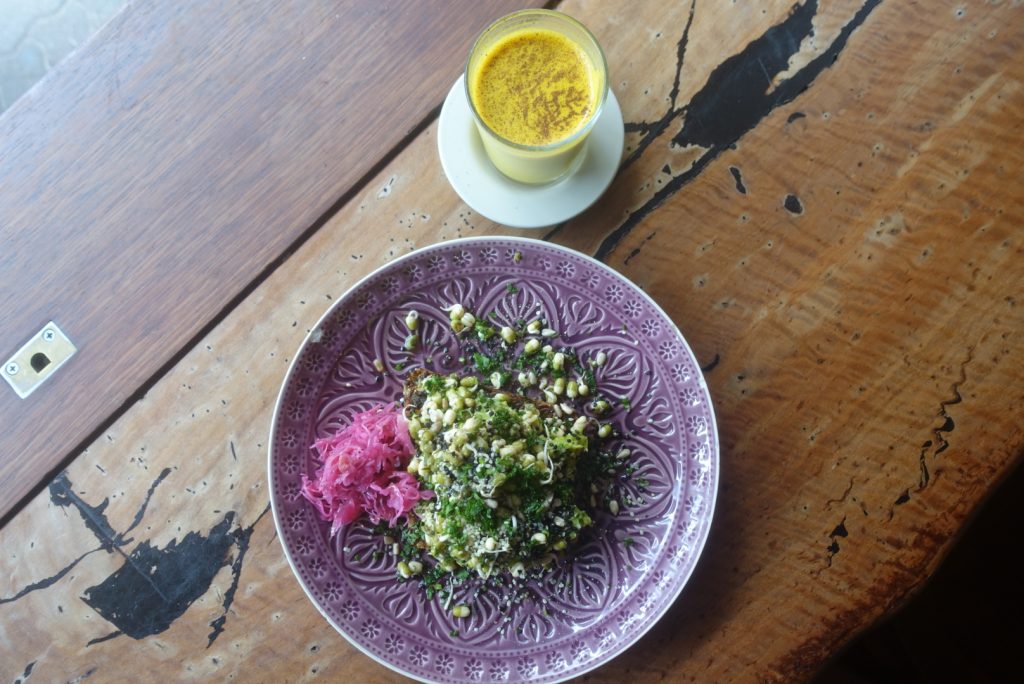 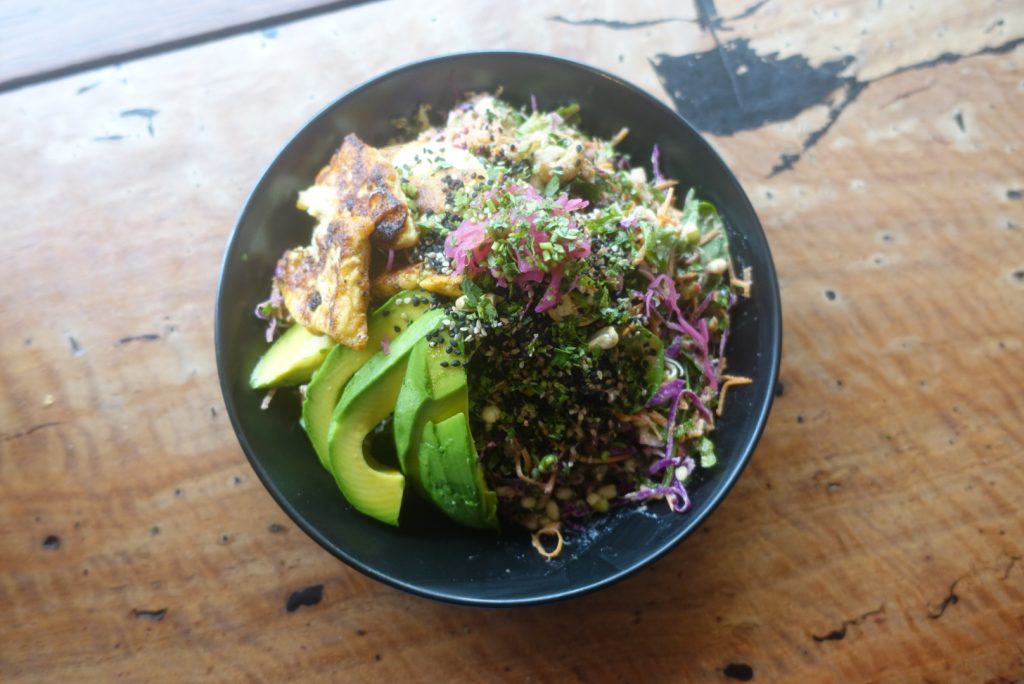 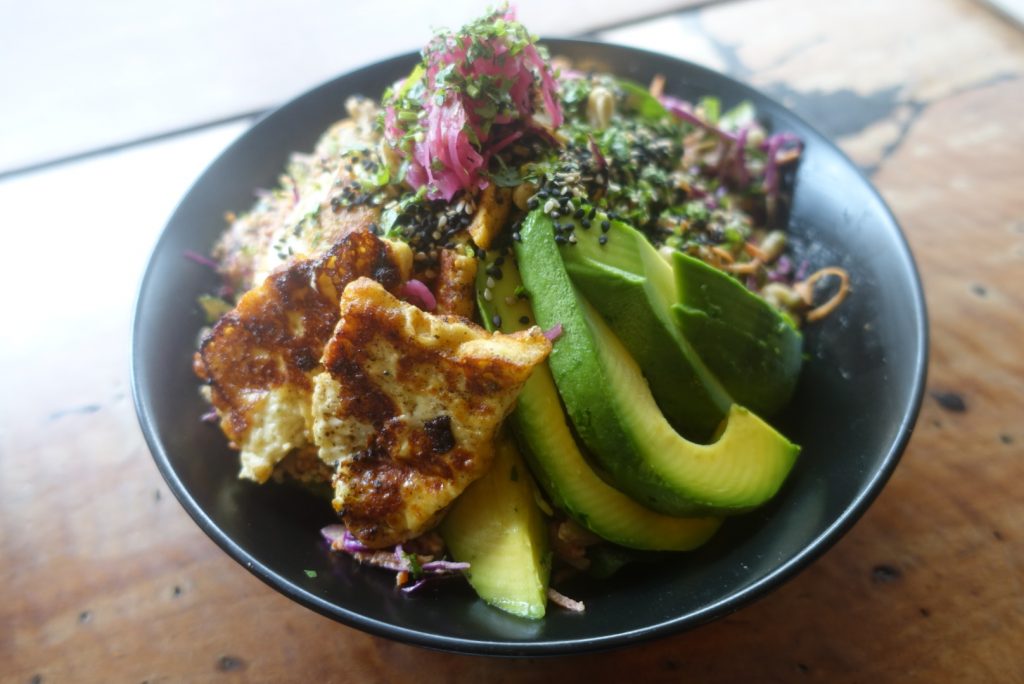 Govindas is a gorgeous little place that’s kind of tucked away in Darlinghurst, offering a vegan and vegetarian Indian buffet, including dhal and pakora, in a cosy fixture that also hosts movie nights! This was the place I went with my friends on my first night in Sydney and I had such a great time – talk about ‘dinner and a movie’ – this place was epic. You go upstairs to this amazing all you can eat buffet and pile your plates high – it’s not about the aesthetic here, it’s just about good grub and inspiring conversation. Once you’re fully satisfied, you then head up to the cosy cinema where there are literal sofa beds fit with cushions and blankets, where you can snuggle up and watch a film – and on the agenda that night was La La Land… which was just meant to be if you ask me as this is literally my favourite film of life and just so happened to be playing there! Definitely set the positive tone for the whole holiday! 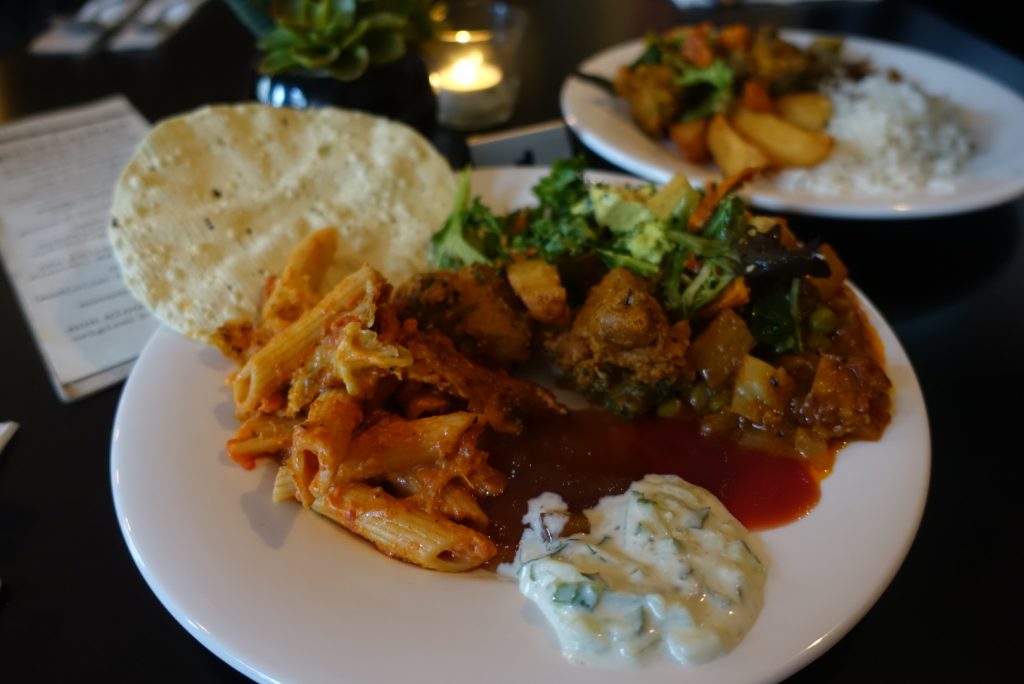 Dessert
Moving onto dessert…. or ‘pudding’ as I like to say!

Okay okay okay, I’m getting excited just thinking about this. But the donuts at Donut time are iNCREDIBLE. First of all they look amazing, second of all the have the coolest names, third of all they sell vegan donuts and they’re the best freaking things I’ve ever tasted. They have pop ups all over the place but the best selections I saw were in Manly and Bondi. 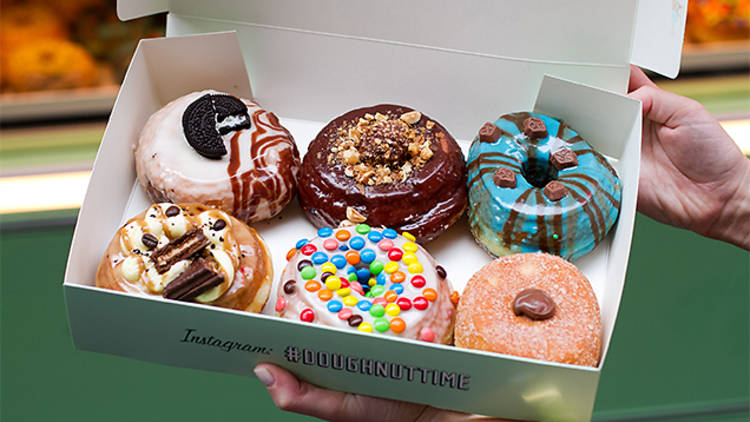 Last but not least, Gelato Blue… I’m feeling blue just thinking about the fact we don’t have this in London… What can I say, they do incredible flavours, that are vegan, using coconut milk – half the fat, and twice the flavour! Go here for an after dinner treat at Gigi’s as they’re both in Newtown! 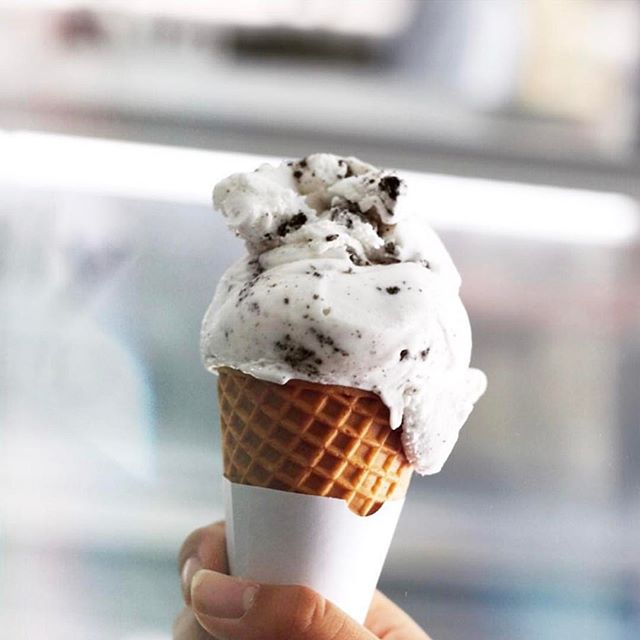 I had to pinch these two photos because ice was a complete doughnut and was so hangry I totally forgot to take a picture before I ate them haha!

So there you have it, my top vegan dinner hotspots in Sydney… where would you try out of the ones I’ve listed? Comment below! Also, if you’re from Australia or have been there before, where should I go next time I’m out there? I’d love to know…